Compare the best TV packages for Movies including the latest deals.
Detailing monthly prices, upfront costs and what’s on offer for July 2022. 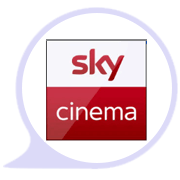 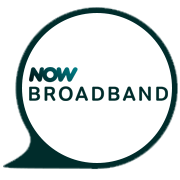 *’Editors Picks’ are based on value-for-money, subscription discounts and rewards such as vouchers and free gifts. Highlighted offers should always be considered and compared to the market to ensure you have found the most suitable service.

We all like to sit down and become engrossed in a good film from time-to-time. While movie channels such as TCM, Film 4 and Movie Mix come as standard with most cable, satellite and digital TV services – sometimes we simply want more choice, especially if you are an avid movie fan.

A wider range of movies are available with premium subscriptions, such as Sky Cinema and On-Demand services. These add-on’s cover everything from classics, network premiers, comedy favorites and blockbusters – so we take a closer look at the race to keep the British public entertained.

As a Sky Cinema customer, you also get access to more than a 1000 movies on-demand and the ability to watch movies while on-the-move with the Sky Go App.

NOW TV is a streaming service owned by Sky. The difference being is that you buy a ‘Pass’ on a monthly basis, eliminating the need for a Sky TV subscription and dish installation. The Cinema Pass (£9.99 a month, see today’s promotions) allows customers to access all 11 dedicated Sky Cinema channels and on-demand service. You can now also get NOW TV with broadband as shown in our comparison table above. The only sticking point for some, is that currently NOT TV is not available in full HD (just 720p). Still, this option is an ideal choice for those of us with certain requirements.

Virgin Media have there own service called ‘Virgin Movies’. This is on a pay-as-you-go basis, with films from £3.99 a go. You can also subscribe to Sky Cinema as a Virgin Media customer with, for example, the ‘Bigger + Movies bundle‘ offers a package which includes broadband. If you just want TV then there’s the Maxit TV + Sky Cinema product. Their on-demand service in-conjunction with Sky Cinema and Netflix gives further choice. And finally, Virgin’s set-top box is loaded with apps from the likes of YouTube, Vevo, Curzon Studio, Heyu and the BBC iPlayer.

BT TV offers TCM and Movies 24 with some of their packages. Sky Cinema is also available as an add-on. Access pay-as-you-go on-demand movies from £2.00 – available from App’s installed on BT set-top-boxes (such as Curzon Home Cinema movies). You can also buy movies to keep and download to another device from £3.99.

TalkTalk provide their movie platform via a thing called ‘Boosts’. Sky Cinema is one of those Boosts – which in-effect is an add-on to TalkTalk TV packages. There is also an ‘Asian Boost’ showing Bollywood blockbusters and TV shows from India. You can rent movies from the TalkTalk TV store and watch top On-Demand players like Netflix, Film 4. BBC iPlayer and ITV Hub. As with most providers, ‘Boosts’ or add-on options are available on a 30 day rolling contract, so you can cancel at anytime. However, it is worth noting that if you subscribe to a bundle with an offer over a longer term, you may not be able to cancel mid-term. Don’t get caught out, it’s always worth checking the T&C’s first so you know where you stand.

After reviewing the market and looking at what is available, one thing is apparent – Sky Cinema is a must have for any movie fan. So when making a decision, you might want to ask yourself…

Some Pro’s and Con’s surrounding this includes…

Alternatively, just go for on-demand and free services when you fancy a film, which may leave you limited – it all depends on just how bad you need your movies.

All TV deals
Best for Sports
Best for Football
Best for Kids
Best for Everything
This site uses cookies to ensure you receive the best experience for your device. If you continue to use this site we will assume that you agree with our cookie policy